Dr. Bowman-Hensley attended A-B Tech for Associate of Arts and the Registered Dental Hygiene program, UNCA for multiple undergraduate studies, and WCU for a bachelor in Chemistry. She worked as a registered dental hygienist in high-quality local practices for 13 years, studying under the finest dentists in Asheville and Black Mountain. Dr. Bowman-Hensley was encouraged to go on to dental school and continued to work as a hygienist as well as holding several other odd jobs to put herself through school.

She was accepted on her first attempt at the University of Kentucky where she completed her Doctor of Dental Medicine degree in 2000.

Once Dr. Bowman-Hensley graduated from dental school, she served in public health work for two years before opening her own practice in 2002 with the support of her mentor dentists. In addition to her professional pursuits, Dr. Bowman-Hensley served as an adjunct professor at A-B Tech, where she taught both clinical assisting and hygiene. She also served on the ABTC Advisory Board, the Buncombe County Board of Health, and for numerous years on the North Carolina Academy of General Dentistry’s (NCAGD) Board of Directors. She currently serves in the House of Delegates and maintains active membership in the North Carolina Dental Society, Buncombe County Dental Society, and the Academy of General Dentistry. 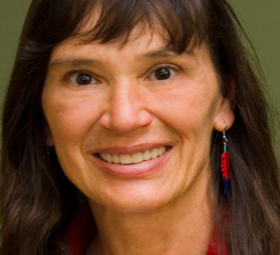 If you’re looking for an experienced and knowledgeable dental professional in Asheville, NC, seek out Dr. Barbara Bowman-Hensley.

Dr. Bowman-Hensley completed her Academy of General Dentistry (AGD) Fellowship in 2014 with over 500 credit hours of continuing education in various disciplines. She then achieved her Mastership in 2019 which requires over 1,500 hours of continuing education in various disciplines. As a result of the COVID-19 pandemic, the special convocation ceremony to receive this award was postponed from July 2020. She was thrilled to participate in the rescheduled Mastership convocation this year in Austin, TX.

Dr. Bowman-Hensley has lived in Buncombe County, NC, almost all her life. She chose to establish her practice close to home and is passionate about treating and connecting with the local community by making lifelong friends. Dr. Bowman-Hensley spends much of her spare time at home with her husband and four rescue dogs and enjoys multiple sports, photography, and reading.

Back to the top